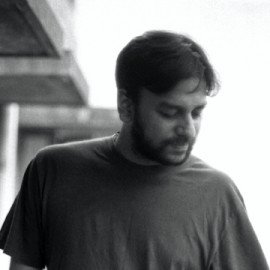 a) Ram has a Masters degree in Media and Communications for Development from the London School of Economics. From 2004-2007, he worked as Media Head in a Bangalore based media advocacy group, VOICES. He co-founded Maraa in early 2008, and has consulted with a wide range of donors and policy think tanks on media and communications research, policy, and training. He has previously served as the Vice President of the Community Radio Forum of India and is currently a board member of the Asia Pacific region, World Association of Community Radio Broadcasters (AMARC-AP).

Ram is interested in policy and research around media and communication. Policy interests include community radio; increasing access to telecommunication and broadband internet; spectrum and frequency management and digitalisation of media and communication. Research interests include media anthropology (systems approach and media infrastructures), media reception and effects, daily media practice, mediation and political economy of the media. Other hobbies and interests have been sacrificed in lieu of bibliophilia.